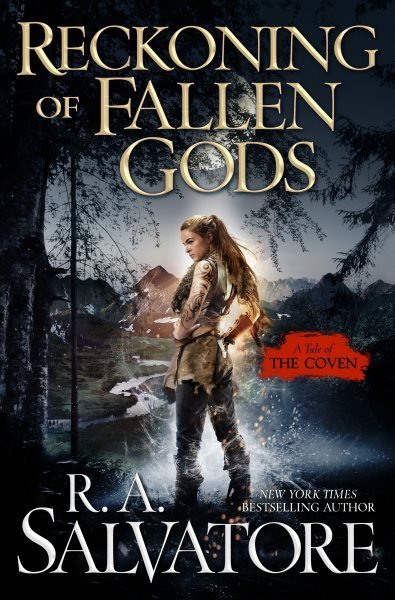 Reckoning of Fallen Gods: A Tale of the Coven

Reckoning of Fallen Gods: A Tale of the Coven; hardcover edition

The winds of change are blowing upon Fireach Speur. Aoelyn risked her life to save the trader Talmadge and it cost her everything that is dear to her, but Talmadge survived and can't forget the amazing woman who killed a god. Little do they realize, war is coming to the mountain. Far to the west, a fallen empire stirs. One that sees a solar eclipse as a call to war. Their empire once dominated the known world and they want it back. The god-defeating Aoelyn and Talmadge, the trader she saved at the cost of everything personal, become the defenders of their land when a fallen empire of fanatics reemerges to claim the world they believe is their own.